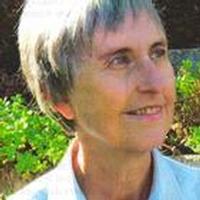 Patricia Ruth Simonsen of Jackson, CA, passed away June 25, 2014 at her home in Jackson, CA. She was born in Chicago, IL, on April 5, 1952, a daughter of the late William and Lillian (Ogne) Krueger. Patricia met Carl Simonsen while they attended grammar school and high school together. They got to know each other attending small group functions. By the time senior year rolled around, they were going study and engaged in 1972. They were married on June 9, 1973, at Judson Baptist Church in Oak Park, IL. Patricia graduated from West Suburban Hospital School of Nursing in Oak Park, IL, in 1972. She graduated from California State Sacramento in 1978 with a Bachelor of Science in nursing. She worked 40 years in nursing, initially working in a medical unit at Mercy Hospital in Urbana, IL. Upon moving to Sunnyvale, CA she worked at El Camino Hospital TCU in Mountain View, CA. After moving to Beaverton, OR, Pat worked at the Tuality Community Hospital ICU/CCU in Hillsboro, OR. Later Pat volunteered at the Portland Adventist Clinic assisting in patient care and education. Recently, Patricia worked at Sutter Amador Hospital in Jackson in the pediatric and family practice clinics as the nursing director. She was active locally playing clarinet and French horn in the Amador County Concert Band, volunteered at the Amador County Jail leading woman’s Bible studies, and helped with the Cornerstone Church, Awana Club Ministries in Ione. Patricia is survived by her husband of 41 years, Carl Simonsen; son, Matthew Simonsen (Amy) of Jackson, CA; daughter, Rebecca Choi (Paul) of Brussels, Belgium; brother, Marshall Ogne (Joyce) of Turlock, CA; sister, Louella Ward (Dr. Alan) of Chicago, IL; grandchildren, Madelyn, Nathaniel, Kathrynn, and Isaac. Friends are invited to attend a visitation on Monday, July 7, 2014, 9:30 AM followed by a funeral service at 11:00 AM at Daneri Mortuary Chapel in Jackson, CA. A celebration of life will be held on July 11, 2014, 2:00 PM at Village Baptist Church in Beaverton, OR. Private family interment will be at Fir Lawn Cemetery in Hillsboro, OR. Memorial contributions may be made to Operation Care 619 New York Ranch Rd., Jackson, CA 95642 or www.operationcare.org.