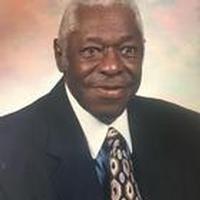 Mr. Theodore A. Cabral, Jr. 86 affectionately known as “Ted” or “Mr. Cabral” of Chesterfield County, Virginia departed this life suddenly, Tuesday, April 26, 2016, at the John Randolph Medical Center, Hopewell, Va.
He was the son of the late Theodore A. Cabral, Sr., and was reared by Flora and Louis Santos. He was preceded in death by two brothers, Charles Francis and Robert Cabral.
Mr. Cabral was a Veteran of the United States Army serving over 20 years of active and reserve, culminating as 1st Sergeant. During his tenure in both the military and civilian life, Theodore received many awards, merits, and certificates for services rendered. Ted was active and caring about the needs of adults and children in and around the community.
He was the founder of the Virginia Baseball League. He was also the founder and CEO of the Virginia Birdies Golf Association, Inc., which led to the Birdie organizations in Cape Cod Mass, Maryland, Georgia, Windsor Canada, and later on in New York, and South Carolina. These clubs were all charitable organizations, especially for children. He was a board member for the Childrens Home of Virginia Baptist and the Salvation Army for numerous years. Ted was also a scout for the Atlanta Braves.
He is survived by a loving and devoted wife of 51 blessed years, Mrs. Savannah Edwards Cabral; Four Brothers, Rudolph Cabral, Paul Cabral, Richard Cabral all of Massachusetts, and Edward Cabral of California; Two Sisters, Christina Cabral of Massachusetts, and Yvonne Alexander of Florida; A Sister in law, Yvonne E. Myrick; a host of nieces and nephews, to include three devoted nieces, Dr. Vanessa Britto, Joyce Simmons, and Barbara Jones; an extended loving family, Johnnie Beale and family, and Dr. Janice Mack, and many other loving family and friends, too numerous to name.
A funeral service will be held on Monday May 2, 2016 at 12 Noon at the Memorial Chapel, 1901 Sisisky Avenue, Fort Lee, Virginia. Burial will Full Military Honors will follow at the Dinwiddie Memorial Park. The family will receive friends from 6 to 7 p.m. on Sunday evening at the funeral home. In lieu of flowers, the family asks that donations be made in honor of “Ted” to the Baptist Children's Home, 6900 Hickory Road, Petersburg, VA.

Online condolences to the family can be made at www.johnsonservices.us