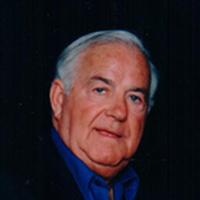 Theodore Konstantine Lizas (“Ted”), 78, passed away on July 10, 2016. Ted was born on March 11, 1938 in Athens, Greece, one of five sons. Ted arrived in the United States when he was a young man and subsequently graduated from Howard University. He settled with his family in Northwest Washington DC and worked as an electrical engineer. Ted became an American citizen and was immensely proud of being an American, while also being a pillar of the Greek American community. Ted owned and operated the Safari Motel in Ocean City, MD until recently and was active in the St. Georges Greek Orthodox Church and the Lions Club in Ocean City. Ted was passionate about his family, football (particularly the Redskins), singing in his barbershop chorus and good food. He leaves his beloved wife Cleta and her family, son Ted and daughter Elizabeth and their families. He also leaves his loving grandchildren and great grandchild, two brothers and extended family he cherished greatly. In his own words, he led an extraordinary life and will be remembered mostly for his complete love of life and family.
Funeral services will be held at 2:00pm July 15, 2016 at St. George Greek Orthodox Church, 8805 Coastal Highway, Ocean City Maryland. A wake will be held on July 14, 2016 from 6:00 – 8:00pm at Burbage Funeral Home, 108 Williams Street, Berlin, Maryland. Flowers or donations in Mr. Lizas’ memory can be made to the St. George Greek Orthodox Church.