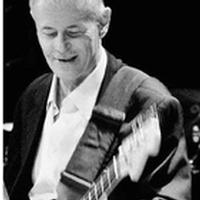 Robert William Raymond of Denver Colorado lost his battle with cancer on February 11, 2016 surrounded by his family at Porter Hospice in Centennial, Colorado. Robert, lovingly known as "Bob" was 69.

He is survived by his wife Doris of 22 years; his three sons Robert and Aaron Raymond, Barry Hargett, Daughter Cassy Hargett; Brother Richard Raymond of California and 9 grandchildren: Bailey 18, Nicole 16, Ashley 16, Emily 13, Rachael 13, Mya 9, Aidan 4, Jackson 2 and Levi 2. Bob is preceded in death by his parents Robert and Virginia Raymond.

He was a founding member and the bass player for the 70s band Sugarloaf. They were best known for their hit "Green Eyed Lady" of which Bob wrote the famous bass line. After his career in music Bob was an IT consultant and then enjoyed early retirement. Bob particularly enjoyed the nightlife and spent many nights at "The Proof" a Denver landmark where he met the love of his life Doris in March 1994. They were married 7 years later. Bob was devoted to his family and loved spending time with family and friends. He was a man of little words but a huge heart. Bob always had a smile and a positive outlook on life. He will be forever remembered and missed dearly by all who knew him.

A Memorial Service will be held on Friday, February 26, 2016 at 1pm Wellshire Presbyterian Church, 2999 S. Colorado Blvd., Denver 80222. In lieu of flowers memorials may be made to American Cancer Society, or Porter Hospice Foundation in his name.

To send a flower arrangement or to plant trees in memory of Robert William Raymond, please click here to visit our Sympathy Store.