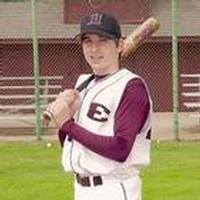 He was born on November 2, 1987 to parents Gary Howell and Cindy Thomas Howell. He was an Ennis High School graduate of 2006. He attended San Antonio College for one year. He worked as a cook for Dairy Queen.

Visitation will be held at Keever Chapel on Wednesday from 6-8pm. Services will be on Thursday March 20, 2008 at 11am in Keever Chapel. Pastor Cord Blankenship will officiate under the direction of JE Keever Mortuary. Pallbearers Jeff Marusak: Gary Cochran; Andrew Cochran; Zach Livingston; Andy Lucas; Temo and Jesse Hernandez; and Sam Hardy.