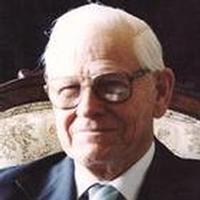 He was preceded in death by two brothers, Gwyn B. Tebow and Richard A. Tebow (surviving wife, Ann of Houston, TX).

Mr. Tebow was employed at Anderson-Clayton Foods in Jacksonville for 44 years until his retirement in 1981. His family believed he was the best daddy in the world.

Private family funeral services will be held at Memorial Lawn Cemetery, south of Jacksonville. There will be no visitation. In lieu of flowers, memorial gifts are suggested to the Jacksonville Fire Department. The Buchanan & Cody Funeral Home in Jacksonville is in charge of the arrangements. Condolences may be sent to the family online at www.buchanancody.com .

To send a flower arrangement to the family of George C. Tebow, please click here to visit our Sympathy Store.