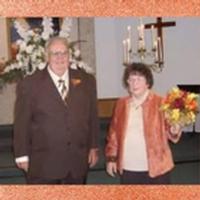 Funeral services were held Thursday, June 30, 2016 at the Jasper Assembly of God Church. Interment followed at Evergreen Cemetery in Jasper.

Raymond was born in Scottsboro, Alabama. He was a longtime resident of Hamilton County and worked for many years as a supervisor with the State of Florida Department of Transportation. As a young man Mr. Smart served in both the United States Army and the United States Navy. As long as his health permitted he was a faithful member of Jasper Assembly of God.