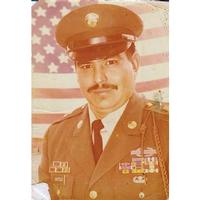 Mr. Castillo was born in Brownsville, Texas on July 13, 1946 to the late Ovidio and Esther Torres Castillo.  As a young man he entered the United States Army and served his country for the next 27 years. Castillo was the recipient of numerous service medals that include a Purple Heart, Silver and Bronze Stars, Vietnam Service Medal, Vietnam Cross of Gallantry and many more service ribbons. He was a true soldier that retired with the highest of recommendations.