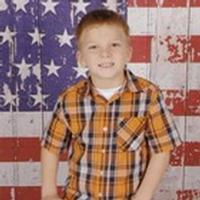 Dennis Wesley Oneal, Jr., age 7, of Jasper, FL. passed away on May 16, 2016 from injuries sustained in an automobile accident.

He was best known as Wesley, one of the many seven years olds that loves “Hotwheels” cars and listens to “Mud Digger” by Colt Ford. He had a vivacious personality and was always full of energy.
He loved playing with his friends at school in the neighborhood where he lived. Wesley attended First grade at Central Hamilton Elementary in Jasper, FL.