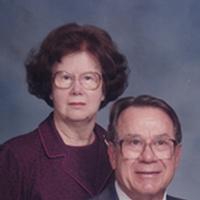 Eloise was born in Hamilton County on July 1, 1918 to the late John Hall (Sr.) and Mellie Alderman Deas. In 1945 Eloise went to work at Camp Landing at Hospital Headquarters where she met the love of her life, Harold Parady. The two were married and within the month he shipped off to war for the next twenty four months. Upon his return from service, they moved back to Hamilton County for a while where he taught. Her husband was proud of her efforts to save money while he was away and gave her credit for saving up enough to put a down payment on their first home. His career led them to Athens, GA and the University of Georgia for a number of years. Upon retirement they moved to Macon, GA. and then made their way further south to Valdosta, GA. where they made their home until his death in September of 2010. Tot was a member of the University of Georgia’s Woman’ Club and Daughter’s of the American Revolution. She was also a member of Burnham Christian Church. Tot was preceded in death by her parents and brothers and sisters, Bobby and Pasco Deas , Wanda Deas, John Hall Deas, Jr. and Juanita Dees.

Survivors include one brother, James Franklin Deas and his wife Marian of Jennings, FL.; one sister, Mandy McLain and her husband Mac of Valdosta, GA.; numerous nieces, nephews and cousins.