"Caring is Our Family's Tradition" 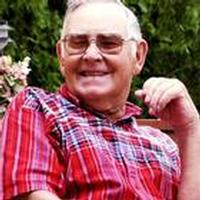 He was born March 4, 1932 at his family’s home near Wamego, the son of Robert L. and Eva (Harrell) Shaw. He attended grade school in a one room school house and graduated from St. George High School in 1949. Following high school, he worked at Kersey Motor Co., Morton Motor Co., Howard Motor Co., all in Wamego, before enlisting into the U.S. Army. He served during the Korean Conflict from 1953 until 1956. When he returned from serving in the Army, he joined the Plumbers and Pipefitters Union 609, which he served two terms as president, and later became a member of the Plumbers and Pipefitters Union 441. On December 28, 1957, Donald and Shirley Dockins were united in marriage in Wamego. She survives of the home.

Donald was also a past member of the St. George Black Jack American Legion. He enjoyed being outdoors, hunting and fishing, and mostly enjoyed anything that included family.

A gathering of friends and family to celebrate Donald’s life will be held at their home on Tuesday, November 11th from 4:00 p.m. until 7:00 p.m.