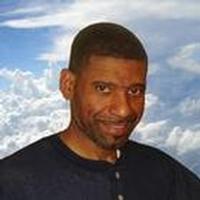 Andal FeQuiere, Sr. 43, died unexpectedly on Monday, December 4, 2006.
He was the husband of Lisa Brown FeQuiere. Andy and his family were long time residents of Stamford, Connecticut.

He was born on March 9, 1963 in Port-au-Prince Haiti, West Indies to Simeon L. FeQuiere and Elina Dieudonnee.

He worked as a truck driver and was a member of Union Baptist Church in Stamford, CT.


In addition to his loving wife Lisa he leaves to mourn his passing and cherish memories, his five children: Andal Jr., Sharelle, Gisselle, Dylan,  and Trent.  His mother-in-law Corinne Brown, his sister Ruth, and brothers Daniel and Joanes who reside in Florida, and brother Johnny from New Jersey; his eight nieces, fourteen nephews, four brother-in-laws and three sister-in-laws also survive him.