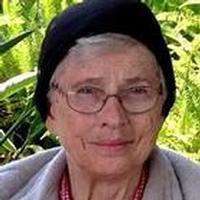 Wilma Marie Mohling, 84, of Neosho, Missouri (formerly of Wheaton, Missouri) entered into eternal rest on Tuesday May 20, 2014 at Freeman Hospital West in Joplin, Missouri. She was born on May 30, 1929 in Norfolk, Nebraska the daughter of the late William and Hedwig Louise (Raasch) Wegner. She was united in marriage on August 18, 1955 in Brighton, Colorado to Dean Mohling, he survives.

She was a homemaker; member of St. John’s Lutheran Church at Stone’s Prairie near Purdy, Missouri, Merrry Maker’s, and Shaklee Distributer and was an Avon Representative.

She was preceded in death by both her parents: William and Hedwig; one brother: Marcus Wegner and one sister: Ruby Katherine Wegner.

Memorial services for Wilma are being held on Friday May 30, 2014 (Wilma's 85th Birthday) at 10:30a.m. at the St. John's Lutheran Church at Stone's Prairie near Purdy, Missouri with Pastor Philip Wolf officiating.

Memorial donations for Wilma may be made to the Stone’s Prairie Lutheran Cemetery Fund.

Arrangements are under the care and direction of the Bennett-Wormington Funeral Home in Monett, Missouri

To send a flower arrangement to the family of Wilma Marie Mohling, please click here to visit our Sympathy Store.