A Family Dedicated to Serve 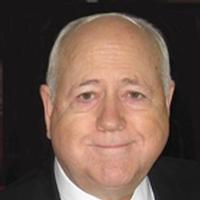 Donald A. Josephson, Ph. D., of Wheaton, Illinois, passed away on Thursday, February 25, 2016 after battling cancer. He was born on December 5, 1940 to Melvin Nels Paul & Frances Lucille Josephson.

Donald grew up in the farming community of Boone, Iowa, and received his Bachelor of Science Degree from Wheaton College in 1963. From there he went on to advanced degrees in mathematics earning a Masters in Science from the University of Michigan and doctorate from the University of Oklahoma. It was at Wheaton College where he met his wife Phyllis while playing violin in the orchestra. They were married at South Park Church, in Park Ridge, Illinois in 1964 and had three wonderful daughters. Donald and Phyllis resided in Freeport, Illinois, where he taught at Freeport Community College, and then Macon, Georgia, where he instructed at Mercer University. It was after completing his doctorate when he accepted a position in the Math Department at Wheaton College where he was Associate Professor of Mathematics from 1982 - 2009. Donald was known to be a student-focused teacher, taking interest in how his students learned, and making sure they connected with his instruction. He was well-loved by those who attended his classes, and in April 2011, The Donald A. Josephson Mathematics Project Room in the new Math & Science Building at Wheaton College was dedicated to him thanks to the generosity of The Sandager and Erickson families. After retiring, Donald tutored math at Educational Services in Glen Ellyn. He loved crossword puzzles, chess, Sudoku, was a fierce opponent in Words with Friends, and was an accomplished bridge player. Donald and his bridge partner had the honor of winning the Duplicate Bridge Marathon two years in a row at Wyndemere. Besides math, his other passion was astronomy and he taught for several summers at the Wheaton Science Station in Rapid City, South Dakota. He was also an active member and Elder of the First Presbyterian Church of Wheaton where he served on several committees.

Donald is survived by his wife Phyllis; daughters Deborah, Sharon, and Wendy; and his four grandchildren.

In lieu of flowers, a scholarship will be set up at Wheaton College in Donald’s name. Please make checks payable to Wheaton College with an accompanying note or memo line designating it “in memory of Donald Josephson.” To donate online, please go to www.wheaton.edu and select the button in the upper right-hand corner labeled “Giving to Wheaton” and then select “Make a Gift Today.” Under “Designation Options,” select “Give to area(s) of your choice” and scroll down to “other” to input Donald Josephson in the Gift Comment box.