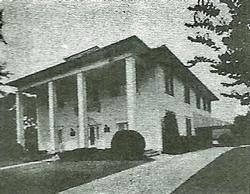 Forest Park Funeral Home began life in 1896 as Wellman Funeral Home. Wellman Funeral Home was located at 1202 Louisiana Ave, just south of downtown in a two story white frame home. On January 1, 1967 the Wellman Family sold the funeral home to a South Louisiana Corporation. In 1975, the owners of Wellman Funeral Home decided that it was time for an updating of the facilities and built the 15,000 square foot state-of-the-art building across the street from the original location on the northeast corner of Louisiana and Stoner Avenues. Many years later it was sold to a Canadian funeral home corporation. But in 2001, a young man by the name of Robert “Bob” Lomison purchased Forest Park-St. Vincent’s Ave. and Forest Park West Cemeteries as well as the Wellman Funeral Home, restoring it to a “family owned funeral home”. It was upon this purchase that the funeral home name was changed to match that of the cemeteries, thus continuing the Forest Park and Wellman traditions. Originally from Pennsylvania, Mr. Lomison was so impressed with the Shreveport area, it’s people and culture that he purchased a home in southeast Shreveport. Forest Park Funeral Home continues to serve the entire community with respect and dignity. We are here to honor the life of your loved one, regardless of you ethnicity, social status, income, or religious preference. We are continually striving to adhere to our motto, "Every Family, Every Option, Every Time."