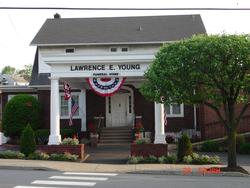 Lawrence E. Young Sr. and his wife, Lois, were looking for a place to relocate in order to begin a business and raise a family. They came from Litiz, PA which is known as Pennsylvania Dutch country, and on a visit to Clarks Summit knew it should be their home. The people of Clarks Summit changed their lives forever. It was in 1954 that Larry began serving the area with the Lawrence E. Young Funeral Home. In 1972, his son, Lawrence E. Young (Bud), joined his father in the business. He continued the tradition that his parents began, of serving the community, until 2009. The third generation, Stephen L. Young is now Owner of the firm.