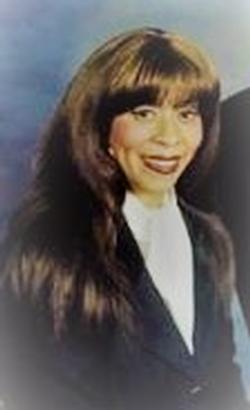 "Well done thy good and faithful servant, Thou has been faithful over a few things. I will make you ruler over many; enter thou into the joy of the Lord."

She was born February 15, 1954 in Bronx, NY to the late Thomas Bouldin , Sr. and Flossie Odom Bouldin. Doris started her education in the New York City School District until she was twelve years of age. At that time she and her siblings experienced the untimely passing of their mother and relocated to Chesterfield to live with their grandparents, Thomas and Viola Austin Bouldin of Chesterfield. After her grandparents passed, her aunt Viola Bates Maniego, raised her along with her siblings.

Doris accepted Christ at an early age and in earlier years attended Bethesda Baptist Church in Chester. She was currently a member of Metropolitan Baptist Church where she served as the First Lady.

She was a 1972 graduate of Thomas Dale High School. Doris then received a Bachelor of Arts degree from Virginia State University in 1978 in Elementary Education. She began her career in the Petersburg Public Schools as a student teacher at Peabody Middle School. Also, taught at Virginia State University Center (nursery school) for young children. After receiving her accreditation to become a teacher, she accepted a position with the Chesterfield County Public school system as a second grade teacher at Ettrick Elementary School. She cared and nurtured her students with impeccable service for over ten years. Her students loved her and she loved them. So many of her students still today speak of how she was their favorite teacher. She enjoyed seeing her students in adulthood and was fond of so many. Doris later received her Master's in Administrative Supervision from her Alma Mater, Virginia State University.

After a rewarding career in education, "Dot" as she was affectionately called by her children decided to join the family business with her father-in-law, the late William N. Bland, Sr. and her husband, Rev. William N. Bland, Jr. She furthered her education and received an Associate Degree in Funeral Services from John Tyler Community College with the added knowledge from her family.

Doris was always involved in empowering and serving her community and served in many capacities. In civic affiliation, she was a member of Delta Sigma Theta Sorority, Inc., (Petersburg Alumnae Chapter). the former President of the American Business Women's Association Appomattox Charter Chapter (ABWA) and Order of Eastern Star of VA PHA Electa Chapter #7, just to name a few.

Many knew Doris to be a beautiful songstress and she touched the lives of many through song. She loved to sing and be a blessing to others. Doris often sang, “Safe in His Arms.” She loved Jesus with all she had and talked about His goodness everywhere that she went.

Doris touched the lives of many. She always greeted one with a, “Hello Sweetie Peetie,” and she always had a word of encouragement to give. Doris would give to anyone in need and was very passionate about her family.

In addition to her parents, she was preceded in death by her sister, LaFrancia Stewart; two nephews, Douglas Newsome, Jr. and Marcus K. Diggs and her in laws, Mr. and Mrs. William N. Bland, Sr.