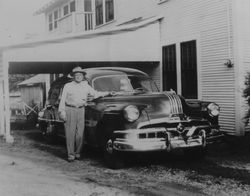 Mr. J.D. Jeffress and Mr. F.B. Carter of Jonesboro were the proprietors.

Southern Funeral Homes in Winnfield and Jonesboro were purchased in 1944 by R.W. and Janie Spurlock Bryan.