They served our country and often made the ultimate sacrifice to defend our freedom and way of life.  At Lowndes Funeral Home we understand the special needs of veteran's families.  Whether it is a simple family funeral or a full military service, we would like the opportunity to serve you and our country by honoring your loved one.

Please Contact Us to have one of our caring professionals help guide you through this process.

Military Funeral Honors
The rendering of Military Funeral Honors is a way to show the Nation's deep gratitude to those who, in times of war and peace, have faithfully defended our country.  This ceremonial paying of respect is the final demonstration a grateful Nation can provide to a veterans' family.

Flags
A United States flag is provided, at no cost, to drape the casket or accompany the urn.  Generally, the flag is given to the next-of-kin, as a keepsake, after its use during the funeral service.

Headstones and Markers
The Department of Veterans Affairs furnishes upon request, at no charge, a headstone or marker.   Flat markers and upright headstones are available as well as niche markers for Columbaria.  Alternatively, a medallion which can be affixed to a privately purchased headstone is available.

Cemeteries
A military funeral can take place at a private cemetery, a state veteran's cemetery, or a cemetery that is part of the Veterans Affairs National Cemetery Administration.

Veterans from all military branches qualify for a military funeral, regardless of rank, whether or not they died in combat.  They could have been active duty, Reserves, National Guard, retired, or a veteran of military service.

For more information, contact the United States Department of Veteran Affairs or go to http://www.cem.va.gov. 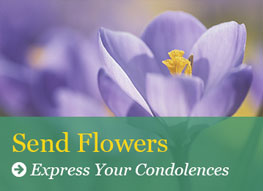