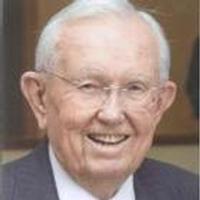 · Texas State Museum of Asian Cultures, a founding member of the Board of Trustees in 1975 and continuing as a Board Member until 2006;

· Rotary Club of Corpus Christi, an active member from 1961 to 2010, a Paul Harris Fellow donor and recipient of their "Community Service Award" in 1984.

· Art Museum of South Texas , a supporter and member;

· Texas A&M University-Corpus Christi, supporting and serving on the President's Council from 1995 to 2010;

· Testifying at the Texas State Capitol in April 2007 in support of establishing a College of Engineering at Texas A&M-Corpus Christi;

· 2008 Laureate Business Hall of Fame awarded by Junior Achievement of the Coastal Bend.

· October 12, 2010 the Port of Corpus Christi Commissioners presented him with a Resolution that recognizes and honors his lifetime achievements, his contribution to growth of the Port of Corpus Christi and his many contributions to the community.
He was a member of the First United Methodist Church where, in the past, he served on the Administrative Board, the Engineering/Construction Committee, and as a president of the Jennie Hill Cooper Class. He designed the base foundation for the "It Is I" statue that faces Shoreline Drive .
When his sons were young, he was involved with Boy Scouts of America. He was Chairman of the Troop 3 Committee for seven years and Troop 180, totaling approximately 17 years.
His favorite pastimes were golfing, fishing, hunting, swimming, traveling, music and dancing. James and Mary delighted in discovery, with Norway, Argentina, Panama and Canada being their most memorable trips. They were often seen on the golf course with James hitting balls and Mary retrieving those that landed outside the fairway.
James was preceded in death by Eleanor, his first wife of 57 years and the mother of his two sons William and Donald; also, by his parents Sue and Colonel William Major Goldston; an only sister Billie Sue Goldston Mayfield Roth (Preston) of El Paso, Texas; a first-cousin Roy Munroe of Corpus Christi, Texas; and by a first-cousin Lowell Lebermann, Jr. of Austin, Texas.
He is survived by his wife of nearly 7 years, Mary Daniel Goldston of Corpus Christi, Texas; by two sons, William Frank Goldston of Corpus Christi, Texas and James Donald Goldston (Christie) of Denton, Texas; a grandson James Michael Goldston of College Station, Texas; a granddaughter Nicole Conner (Bryan) and great granddaughter McKenzie of Corpus Christi, Texas; nieces Suzanna Burns and Hita Dickson (Jim) of Pearland, Texas; an uncle Harry E. Bovay, Jr. of Houston, Texas; and an in-law first cousin, Marilyn Munroe of Corpus Christi, Texas. He is also survived by his brother-in-law Dr. Clyde Yost (Bette) and nephews Dr. Michael Yost (Tracey) and Greg Yost (Brittney) of Boerne, Texas.
A Memorial Service will be held at 2 p.m. on Saturday, December 11, 2010 at First United Methodist Church, with the family receiving friends in the Fellowship Hall at the church following the service.
The family would like to thank his many doctors, nurses and caregivers for their kind and wise care.
In lieu of flowers, memorials may be made to First United Methodist Church, Corpus Christi, Texas.

To send a flower arrangement to the family of James Goldston, please click here to visit our Sympathy Store.