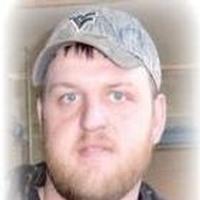 Raymond Lee Nugen II, age 27, of Shady Spring, passed away on Tuesday, September 7, 2010, from injuries sustained in an automobile accident.

Born on December 28, 1982, in Beckley, he was the son of Linda Smith Nugen of Shady Spring and the late Raymond Lee Nugen.

Lee was an electrician for Greenbrier Smokless Coal Company of Rupert. He attended the Old Grove Chapel at Crab Orchard. Lee enjoyed the outdoors — hunting, fishing, riding ATV's, riding his Harley and spending time with his family.

Lee made many friends over his short 27 years of life, many of which knew him affectionately as “Nuge”. Those who knew Lee always remember his toughness, ruggedness, and his rigorous work ethic. Lee was a graduate of Shady Spring High School, Class of 2001, where he excelled in both football and baseball. He also attended West Virginia University for 2 years, where he majored in Forestry Resource Management.

Funeral services celebrating the life of Lee Nugen will be held at the Rose and Quesenberry Funeral Home, Shady Spring Chapel on Friday, Sept. 10, 2010, at 2 p.m. with Rev. Ronald Adkins and Rev. Don Kelly officiating. Burial will follow at the Okes Cemetery at Ellison Ridge. Friends may call at the funeral home from 11 a.m. until 2 p.m. Friday.