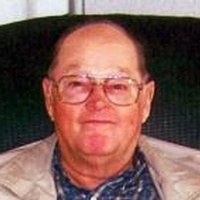 John was a lifetime member of Whites Memorial Presbyterian Church in Berea, where he served as a deacon and elder. He was a veteran of the Korean War, having served in the United States Air Force. John was a boyscout leader for several years. He had many passions, including music, animals, and motorcycles. John spent time competing in motorcycle trials competition with his sons. He retired from Gibson Greetings in Berea in 1991 after 20 years. He also was a farmer and managed the Madison County Skeet Club.

John was preceded in death by his parents John Clay and Tommie McWilliams of Berea, and his brother-in-law, Hal Gordon Perry, of Humboldt, Tennessee.

In lieu of flowers, the family suggests that memorial donations be made to Whites Memorial Presbyterian Church, 400 White Station Road, Berea, Kentucky 40403.

To send a flower arrangement to the family of John Coleman McWilliams, Jr., please click here to visit our Sympathy Store.