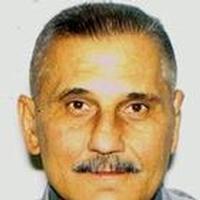 Born in Freeland, November 8, 1959, he was the son of the late Francis X. and Alice (Carey) McKiniry and spent his entire life in the area.

He was employed since April 1981 as an electronic technician for the Tobyhanna Army Depot where he established many close friendships with his co-workers for which he was very grateful. In 2000 he received the Army Superior Unit Award and a Certificate of Achievement and in 2001 he received a Certificate of Appreciation.

Mike was a member of the Bethel Baptist Church of Freeland where he took an active role in his church. He was a teacher for the adult Sunday school class and the Jr. Church, a member of the BBYF and the Bible Study Class and a leader of the Small Group Ministry. Mike also served as supply pastor, offering the sermon during several Sunday services.

He was a member and several times past president of the Freeland Rotary and a member of the Gideons. He helped with the Safe Harbor in Hazleton where he would deliver meals to people during the holidays. Mike helped teach for Junior Achievement in area school districts, tutored and was active in the Freeland Library. He was a 5th degree black belt in Isshinryu Karate and taught karate classes at the Freeland YMCA. He also assisted with the Blue Mountain Search and Rescue and was an avid hunter and fisher.

Preceding him in death, in addition to his parents were his brother Thomas McKiniry and his first wife Mary Ellen.

Surviving are his wife of 20 years, the former Nancy Hanft of Orefield, daughter Isabel Marie McKiniry, son Ian Paul McKiniry, daughter Alyssa Rose McKiniry and son James Patrick McKiniry, all of Orefield. He is also survived by his church family who is very special to him and of whom he was very appreciative of their help and support.

A funeral service will be held Thursday at 10:00 AM from the Bethel Baptist Church, corner of Ridge and Walnut Streets, Freeland where Pastor Mark Whitmer will preside. Burial will be private and will take place in the Indiantown Gap National Cemetery.

Friends may call at the church, Thursday morning from 9:00 AM till time of service.

Krapf and Hughes Funeral Home, Inc., is assisting the family through its Butler Chapel, Drums.