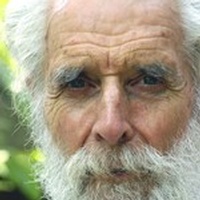 In the early 1970s when Malcolm Wells appeared as a contestant on the then popular, television game show, To Tell The Truth, it wasn’t as the “father of modern earth-sheltered architecture”, as he has since come to be known; it was as an architect, with what then, was an unusual idea – that the roofs of all buildings should be made habitable for both animals, and plants.

Today, some forty years later, the ideas of earth-sheltering, green-roofs & underground architecture, or “Gentle Architecture”, as Malcolm pronounced it, are increasingly commonplace – as evidenced by structures such as the Prefectural International Hall in Fukuoka, Japan and the Ford Motor Plant, Rouge River Complex – with its 10-plus acres of rooftop vegetation.

Malcolm, or Mac, as he was well known by his friends, family & associates, was born on March 11th, 1926 in Camden, New Jersey; the son of John D. & Marguerite K. Wells. Mac’s older brother Jack, whom he credited for much of his ability, was killed on a motor scooter in 1950, at the age of 29. Mac’s younger sister Mimi died of lung cancer, in 1986 at the age of 58. After a long struggle with congestive heart failure, Mac died at his home, in Brewster, Massachusetts on November 27th. He was 83.

After two years in the Marine Corps, “studying engineering at Georgia Tech and carrying a wooden rifle”, as Mac referred to his military service, he was discharged in October of 1945 from the Brooklyn Naval Hospital; having earlier suffered a back injury while in training.

In 1946, hoping to make a living as a freelance artist, Mac started producing illustrations of portable radios for the electronics giant, RCA. This work shortly led to doing other designs, then radio & TV showrooms, and after becoming an architect in 1953, complete buildings – across the country, and abroad. By 1962, he had been retained to design RCA’s pavilion for the 1964 World’s Fair in New York City.

It was at this point, that as Mac put it, “I woke up”. Realizing that the pavilion would be torn down within two years, that all of it’s materials carted off for landfill – and that all of his other buildings, with their acres of parking lots, plazas and toxic green lawns had wiped out everything that had been previously alive upon those sites, it was time for a gentler architecture.

Influenced by the burgeoning environmental movement of the 60’s & early 70’s, and inspired by Frank Lloyd Wright’s partially buried design at Taliesin West & the works of French architect Jacque Couelle, Mac devoted the rest of his life to finding ways of building without destroying the land; making it his credo to, “leave the land no worse than you found it”.

He also made it his practice to live as lightly on the earth as he could; utilizing passive heating, moveable insulation & composting toilets; by endeavoring to walk, or ride his bicycle, wherever he could.

Although long practiced in Europe; adults riding bicycles to work, and not just for recreation, was a novelty in suburban New Jersey of the 1960’s. As a result local television news crews turned out to document Mac on his Dunelt 3-speed, pedaling his way to work.

From February of 1965 onward, when Progressive Architecture magazine published an article by Mac entitled “No Where to Go but Down”, which he described as “a polemic against everything that had ever been built on the surface of the earth”; there was no turning back to what he called “the spreading of corporate asphalt”. Unfortunately, and as a result, this led to a dearth of commissions.

With few clients willing to embrace Mac’s ideas about covering buildings with up to four-feet of earth, topped by gardens, wild grasses & trees, he developed his own projects. Assisted by his first wife, Shirley Ruth Holmes, who nurtured the landscapes atop his projects, Malcolm built a succession of homes & offices, in both New Jersey, and later on Cape Cod.

These earth-covered, passively heated buildings, along with such designs as the Locust Hills project in Ravens Rocks, Ohio & the Construction Fasteners Plant in Reading, Pennsylvania – all served as working models for developing & illustrating Mac’s philosophy:

To further advance these ideals Mac wrote several books including: Underground Designs in 1977, Gentle Architecture in 1981, Infra Structures in 1994 & Recovering America in 1999. Additionally Mac wrote columns & articles for newspapers such as the Philadelphia Evening Bulletin & The Cape Cod Times; magazines such as Popular Science, Harper’s & the CoEvolution Quarterly.

Throughout the 70’s & 80’s Mac lectured at architectural schools, colleges & universities across the country, disseminating the idea that, “if we ever find a way to build with proper respect for this planet our reward can be more than just environmental; it can be aesthetic too, perhaps beyond our wildest dreams”.

Promoting this ideal until failing health dictated otherwise, Malcolm Wells, via hand-written notes, on whatever scraps of paper or cardboard that were available; kept his message & thoughts alive in a heartfelt, often humorous, way – with his family, and throughout the architectural & environmental community.

As for the panel of guest celebrities on To Tell The Truth; they all correctly identified Mac on the first round; Malcolm Wells was an original, and there was just no way to conceal it.

Malcolm Wells is survived by his second wife, of 25 years, Karen North Wells, an artist who still operates the underground art gallery they built on Cape Cod. In addition, Mac is survived by his three children from his first marriage: Kappy Wells of Santa Fe, NM, John Wells of Harleysville, PA & Sam Wells of Petaluma, CA – along with his two step children: Jonathan Kelly of Wellfleet, MA & Kirsten Engstrom of Bedford, NH. Together, Mac & Karen have seven grandchildren.

A gathering to remember Mac will be held at 2:00 PM on May 8th, 2010 at the First Parish Brewster Church.