"Celebrating Life, One Family at a Time" 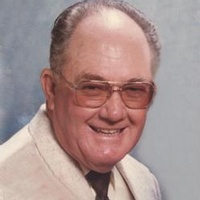 Born June 23, 1929 in Carlsbad, New Mexico, he was the son of William Henry “Buster” and Minnie “Florence” (Beauford) Mitchell. He was raised and received his education in Carlsbad, graduating from Carlsbad High School in 1947.

Billy Don was united in marriage to Jessie Lou Litchfield in Pecos, Texas on September 18, 1946. The couple made their home in Carlsbad. In 1951, Billy Don joined the United States AirForce and was stationed in Sparks, Nevada. In 1954, following his honorable discharge, the family returned to Carlsbad. Billy Don worked as a letter carrier for the United States Post Office for over forty years until retiring in 1986. In 2003, Billy Don and Jessie moved to Winfield, Kansas to be near their grandchildren.

He was a member of Praise Cathedral Church of God in Winfield and the National Association of Letter Carriers. He enjoyed working in his shop and considered himself a professional piddler. He especially enjoyed spending time with his kids, grandkids and great grandkids and doing work for the church.

In addition to his parents, Billy Don was preceded in death by a son, Gary Don Mitchell, a grandson, William Travis Mitchell and a sister, Mary Francis.

Funeral services will be held on Thursday, December 22, 2016 at 2:00 P.M. at Miles Funeral Service. Interment will be held in Carlsbad, New Mexico on December 28, 2016. Friends may call at the funeral home on Wednesday evening from 4 to 8. The family will greet visitors during this time.

Memorials have been established in Billy Don’s name for Praise Cathedral Church of God and Gideons International. Contributions may be made through the funeral home.