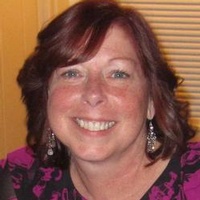 Born on January 29, 1959 to Robert & Jo Anne Pierce. Kelley graduated from Middletown High School class of 1977, worked for the DuPont Corporation as an Administrative Assistant from 1978- 1988. From 1988 – 2010 she was self-employed as a Day Care Provider and then worked as a transcriptionist from 2012-2015 for Schmittinger & Rodriguez, and was a board member for Smyrna-Clayton Pop Warner Football.

She was preceded in death by her mother, Jo Anne Pierce in 2006.

A funeral service will be held Thursday, at 7 pm at the Middletown Fire Hall, 27 W. Green Street, Middletown, DE 19709. Family will visit with friends following the service. Interment will be private.