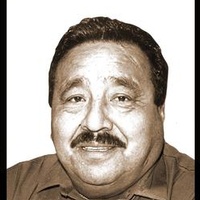 Darrell Eugene Wadena, son of John and Mary (Peabody) Wadena, was born on November 23, 1938, in White Earth, MN. He was raised in Naytahwaush and attended school there. Chip entered the United States Army and following his discharge, he returned to the Naytahwaush, area. On November 7, 1962, Chip was united in marriage to Bonnie Londo at St. Anne’s Catholic Church in Naytahwaush. Chip worked for a time at American Crystal Sugar in East Grand Forks, and then began building bridges with Swingen Construction Company. He returned to Naytahwaush and started working with the Minnesota Chippewa Tribe Construction Company and in 1974 he was elected District II Representative. In 1976, Chip successfully ran for Tribal Chairman and served the White Earth Reservation for 20 years. He began his political career at a time when there minimal tribal employees and very few available resources. He was instrumental in the development of the Shooting Star Casino, the White Earth Health Center, and a multitude of programs that are still available today. He was passionate about politics and the Native American people. Chip enjoyed traveling and building relationships with other political leaders. In his quiet time, he liked to do crossword puzzles and spend time with his grandchildren. He was also active with “The Tribe” softball team that he founded and avidly followed. Following Bonnie’s death in 2001, Chip continued living in their home near Naytahwaush. During the last several years of his retirement, Chip kept himself busy working at the Golden Eagle Bingo Hall in Mahnomen.

Interment will be held at St. Anne’s Catholic Cemetery, Naytahwaush.