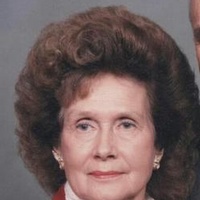 Eleanor Jagger, 89, of Hop Bottom, PA, passed away quietly at her home on Monday, April 14, 2014. She was born in South Montrose, PA, to the late Mort and Louise (Rice) Rhinevault.

Eleanor worked with her husband Walt to build a highly successful Independent Insurance Agency in Hop Bottom, actually serving as Office Manager. She was a member of the First Universalist Church in Brooklyn, PA.

For many years she and Walt hosted the Pennsylvania State Championship Stock Dog trials at Sheepy Hollow Farm in Hop Bottom, PA. She also served as statistician for the Northeast Border Collie Association.

Throughout her life, Eleanor’s family was foremost and she was most often the center of every gathering. She loved animals, flowers, vacationing in the Thousand Islands, dancing and playing cards. She will be sorely missed by her family, her caregivers, all the people she touched by her kind and welcoming spirit, and also by her faithful dogs and cats.

A Funeral Service will be held at 12 noon, Saturday April 19, 2014, at the First Universalist Church Brooklyn, PA, with Pastor Ralph Christianson officiating. Visiting hours will be from 10 am until the start of the service. Memorial Contributions can be made to the First Universalist Church, 6925 Maple St., Kingsley, PA 18826 or to Traditional Home Hospice, 113 W. Drinker St., Dunmore, PA 18512.