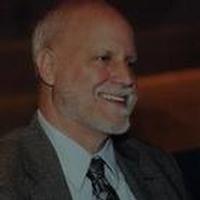 Bruce Uridge was born August 11th, 1942 in Grand Rapids, Michigan. He
moved to Kalamazoo at the age of six with his Father and Mother,
Laurence and Ida, and siblings by birth order: Diane, Laurence (Bud),
Nancy, And Thomas.

He attended the old Kalamazoo Central High School, graduated from
Western Michigan University, and would later graduate from Thomas
Cooley Law School as a member of its first graduating class. Bruce
earned academic notoriety from his classmates (and later by a change
of attendance requirements) as he was known as the deuce, then the
ace, and finally the joker.

He would spend a short three years in Illinois where he found his
bride of 46 1/2 years, Margaret. They would return to Kalamazoo, and
adopt a baby boy, David.

Bruce practiced as an attorney since 1976. He later specialized in
mediation for a number of area counties. During that time he enjoyed
basketball, golf, and found his favorite sport of bowling. He
frequented every bowling alley in the area, especially Holiday and
Continental lanes.

Bruce left Kalamazoo in 2009, semi-retiring, and completely retiring
in 2014 only when he discovered the level of his illness.

He passed away peacefully, on March 31st, after having expressed his
love to family and friends.

Bruce will be remembered most for his humor and charm, where he could
bring a humorous twist to almost any circumstance. His ability to
light up a room will be remembered fondly by his family, friends, and
colleagues. The world is a little less bright without him, but he lit
it up so much when he was here it will be brighter because of him.

Bruce is survived by his wife Margaret, son David, his wife Megan,
granddaughter Reese, his siblings Diane, husband Jim Bartoo, Sister in
law Sue Uridge, Nancy, husband Howard Jennings, and Thomas. Bruce will
be greeted in heaven by his parents, and brothers Bud and Bobby.

We love and miss you, and live to see you again.