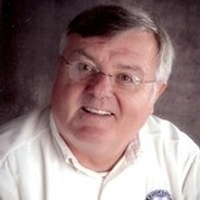 Wenceslaus Ferdinand Ruhmann, age 61, passed away suddenly on July 9th while vacationing in Virginia with his wife Sigrid. He is survived by his wife Sigrid, children Wolfram and Sieglinde and son-in-law Kyle Peterson, mother Rose and sisters Barbara, Neone, Laure, Connie, Vicki, Ginny and Mary. Wenzel taught German, Russian and English at Apple Valley High School for over 25 years. He earned a Masters Degree in Education from Boston University and a Masters Degree in German from California State University in Sacramento and he pursued a Doctoral studies at the University of Minnesota. He also studied Czech at the Defense Language Institute in Monterey; German at the Goethe-Institut in Schwäbisch Hall, Germany; and Russian at the University of Moscow in Russia. He was a lifelong learner and educator and served on the governing board of Education Minnesota. He had a proud military history and retired as Master Sergeant of the Army psychological operations unit. He was actively involved in his local community and served as a council member of the Lakeville city council and was a member of the cable TV board. He was an enthusiastic member of the DFL party and served as chair of Senate District 36. He was also an avid outdoorsman and enjoyed being in nature. It is fitting that he passed away on a trail in the midst of the Shenandoah Valley. Visitation will be held on Wednesday July 16th from 4-7pm with a memorial service to follow
at 7pm at White Funeral Home, 20134 Kenwood Trail, Lakeville. Private interment with military honors will be held at Fort Snelling National Cemetery in Minneapolis. In lieu of flowers, donations are being accepted by the family to establish a memorial scholarship at Apple Valley High School in Wenzel's honor.