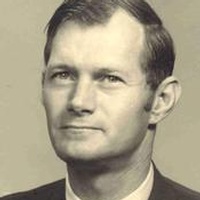 A Saline County Icon, Former Sheriff Joe Lee Richards Sr., 78, Benton, died in his sleep the evening of June 13, 2013 surrounded by his family and loved ones. Mr. Richards was one of the unique individuals who was recognized immediately without repeating their whole name. Ask anyone who lived in Saline County for the past few decades, “do you know Joe Lee?” and everyone knew who you were talking about.
Joe Lee was born to Garland Mick and Zella Richards in Saline County on May 15, 1935 and worked most of his life in this county.
Mr. Richards worked as an Ironworker and was a proud lifetime member of the Ironworkers Union. During his lifetime he also worked as a heavy equipment operator, truck driver, disc jockey and was locally recognized as a musician and acquired the nickname of “The Singing Sheriff.”
Joe Lee always said that his proudest achievement was his ability to serve and protect his fellow county residents through his law enforcement training. Starting as an officer in the Benton Police Department, he then spent a career as a trooper in the Arkansas State Police where he was recognized several times by that agency for excellence.
Later, he was elected Sheriff of Saline County and during his tenure there made many changes to modernize and expand the department.
After leaving law enforcement Joe Lee was elected Benton alderman to represent his friends and neighbors. He was one of the longest-serving members of that body.
Joe Lee had two other great loves – amateur (Ham) Radio and being an avid fishermen. He also was a very active member of the “Over the Hill Gang,” a group of civic-dedicated men who donated their time, treasure and energies to help the elderly, build wheelchair ramps, cut trees and do yard work.
Joe Lee was preceded in death by his parents and brother Garland Richards, Also preceding him was his wife, Eileen Lou Richards and son Joe Lee (Joey) Richards Jr.
He is survived by his daughter Kathy Blue and husband, Louis, Sons Michael L. Richards and Angie and Steven L. Richards and his wife, Brandyn. He is also survived by 10 grandchildren, 5 great-grandchildren and his sweetie of 11 years, Una Dacus, as well as numerous nieces and nephews.
The family wishes to thank Saline Memorial Hospital, Saline Memorial Hospice in Bryant and Doctors Joe and Mark Martindale and Dr. Paul Baxley.
Joe Lee’s family is asking that instead of sending flowers to honor his memory, please send donations to Saline Memorial Hospice, the Arkansas State Police Foundation (www.aspfoundation.com) and the Saline County Chaplaincy Program at PO Box 1905, Benton, AR 72018.
Visitation will be Monday evening from 6-8 p.m. in Selph Hall at the First Baptist Church in Benton. Services are scheduled Tuesday at 2 p.m. in Selph Hall at FBC, with internment following at New Rosemont Cemetery.