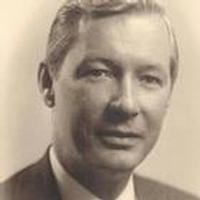 Woodward Allen
(October 3, 1928 - March 9, 2013)
Woody died on March 9th, 2013 at the Catholic Medical Center in Manchester, NH. His three children and wife had surrounded his bedside prior to that.
His survivors are his wife Janice Allen of nearly 59 years of marriage, his daughter Charlotte Allen of Melvin Village, her children Kyle Rideout, Andrea Shinn, and Hunter Shinn of Colorado. Also his son Randy and his wife Lois of Broomfield Colorado, and son Woody F. of Tuftonboro, his sister Roberta Allen of Charlottesville, VA and her sons Robin Felder and Chris Felder.
Born on October 3rd, 1928 to Frances & Woodward Allen in Cambridge, MA., he spent his youth in Belmont, MA., and graduated from the Belmont Hill School (class of '45), and was elected into the Honors Society. Prior to that, he had spent one summer with the U.S. Coast and Geodetic Survey. He entered Yale University and spent one year there before enlisting in the U.S. Army and was sent to (occupied) Japan for 18 months. Returning to Yale, he graduated with a B.S. in business administration.
His business career included working for Firestone as a cost accountant and as a Mainframe computer salesman for IBM, for 31 years.
Woody first knew the Wolfeboro area as an 8-year-old camper at William Lawrence Camp. The Allens bought a summer cottage on Winter Harbor forty-five years ago and two years ago established year-round residency in Wolfeboro. He was a loving father to his three children. He had been a fine golfer, chess player, sailor, and a passionate patriot. He was a lover of classical music, literature, and especially poetry. His friends lovingly remember his poetry recitations, his keen intelligence and his sense of humor.
Calling hours at the Baker-Gagne Funeral Home, 85 Mill St, in Wolfeboro, NH will be on Saturday, March 16th between 2 and 4pm. A memorial service will be held later. In lieu of flowers, donations may be made to either: http://www.belmonthill.org/ Belmont Hill School 350 Prospect Street Belmont, MA 02478
http://www.woundedwarriorproject.org/ Wounded Warrior Project P.O. Box 758517 Topeka, Kansas 66675
To sign an online guest book go to: www.baker-gagnefuneralhomes.com