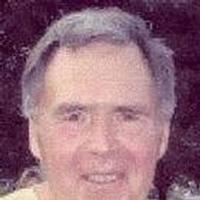 He was born September 11, 1947 in Buffalo, NY the son of the late Robert and Shirley(Larson) Logan and was educated in local schools.

A member of the Class of 1968 at Hobart College in Geneva, NY, Jim was a four year member and captain of the Men’s College Lacrosse team. Jim went on to pursue post graduate African and MBA studies at Boston College. Through his passion for Lacrosse he began his career working for Brine Lacrosse and helped form and coach the original Brine Lacrosse Club and the Boston Bolts (box) team in the 1970’s.

For the past 13 years he has run Logan Marketing & Management focusing primarily on the Textile Industry and has also served as member of many local boards for the City of Salem.

Mr. Logan has continuted his enthusiasm for athleticism by participating in triathalons, road races, marathons, and half iron men. Jim had established the Dead Horse Beach Athletic Club in Salem, was a member of the Salem YMCA where he was recently awarded the Voluneteer of the Year.

In addition to his wife he is survived by two sons Robert Logan and Sam Logan of New York, NY and a brother Thomas Logan of Buffalo, NY.


His funeral will beheld on Friday, September 21, 2012 at 2:00 PM in Grace Episcopal Church, 385 Essex St, Salem. Relatives and friends are respectfully invited to attend. Interment will be private. Visitaion will be on Thursday from 4:00 PM to 8:00 PM in the Murphy Funeral Home, 85 Federal ST (cor of North St) Salem. Those who wish may make memorial contributions to the James Logan Memorial Fund, c/o Marblehead Bank, Attn Susan Osborne, Beverly, MA 01915. For online guest book or additional information please call 978 744 0497 or visit www.MurphyFuneralHome.com.