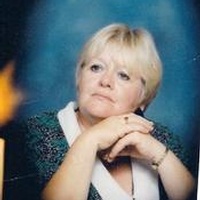 Donna S. Hunsinger (Beebe) Cron, 70, of Lawrence, died Friday, March 11, 2011 at her home. She was born May 16, 1940 at Lawrence, the daughter of Guy Charles and Elmeda Elza Shook Hunsinger. Donna worked in Data Entry for Sally Mae and was a homemaker. She is survived by two Sons, John Cron and Terry Cron, both of Lawrence, two Daughters, Gina Elza Snodgrass and Cynthia Susan Kopf, both of Lawrence, a Sister, Ronda Sheppard, Eudora, a Half-Sister, Minnie Thomas, Lawrence, a Half-Brother, Charles Hunsinger, Valley Center, KS., ten Grandchildren and eight Great-Grandchildren. Cremation is planned. A Celebration of Life Memorial Service will be held at a later date. Chapel Oaks is in charge of arrangements. Online condolences may be made at www.barnettchapeloaks.com