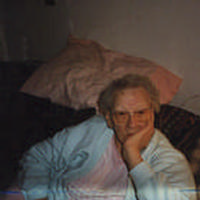 Mrs. Delois Morrell, age 89, of Cincinnati formerly of Somerset, Kentucky, daughter of the late Ester and Mary Ann (Hargis) Meece was born on December 20, 1921 in Pulaski County, Kentucky and departed this life on Monday, February 14, 2011 at her residence in the presence of her family in Cincinnati, Ohio.

Survivors include; one son, David Morrell of Cincinnati, Ohio, one brother, Edward Meece of Somerset, KY, one sister, Wanda Witt of Texas, one grandson, David M. Sandel, and a host of nieces and nephews.

Other than her parents, she was preceded in death by five brothers, Vennis, Roy, James, Wayne and Donald Meece. And three sisters, Pauline Mounce, Caroline Mounce and Edith Barnett.

Mrs. Morrell adhered to the Baptist faith, she was a kind lady who will be missed by all who knew her. She leaves a host of relatives and friends who mourn her passing.

Funeral services for Mrs. Morrell will be held at 2:00 p.m. Friday, at the Pulaski Funeral Home. Burial will follow in the Malvin Hill Cemetery.

The family of Mrs. Morrell will receive friends at the Pulaski Funeral Home form 12:00 noon on Friday until after services.

Pulaski Funeral Home is honored to be in charge of all arrangements for Mrs. Delois Morrell.