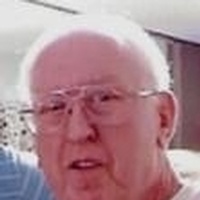 Donald E. Bancroft, 84 of Belmond, IA, died, Monday, April, 29, 2019, at Mercy One Medical Center-Mason City, IA.  Funeral service will be 2 PM, Friday, May 3, 2019, at Belmond Veteran's Center, 240 East Main St. Belmond,  Burial will be in the Belmond Cemetery.   Public visitation will be from 12:30-2 PM at the Veterans Center, Friday and will continue for a time during the reception and fellowship following the service.  Memorial suggestions include the Belmond Historical Society, Jenison-Meacham Museum/Power Show, or to the donor's choice.

Donald Edward Bancroft, was born to Edith M. (Wissenburg) and Cecil J. Bancroft at Sac City, IA, on August 31, 1934 at 10:15 PM.  In high school he worked at the Sac City upholstery shop, owned by his father.  Don also worked for his uncle doing construction work.  Around this time Don's life-long interest in photography began.  Don photographed accident scenes for the police, and would expedite developing the film and making prints.  Around this time Don taught photography at the same night school where his father Cecil also taught the upholstery trade.

Don graduated from High School in Sac City in 1952.  He then worked for L& M electronics in Sac City constructing and installing one of the first cable television systems in the United States.

In 1953, Don left for Oregon to work for the State Board of Forestry surveying bark beetles and spruce bud worms.

Don returned to Sac City in 1954 and began employment at the Sac City Canning Company as head of the labeling operation.  By 1955, Don moved to Belmond, IA, to work for the Department of Public Safety Communications Division.  He was stationed at the Iowa Police Radio building and tower south of Goodell, IA.  On February 3, 1959, while at work he called the ambulance for the plane crash near Clear lake, IA, where Buddy Holly, Ritchie Valens, and " The Big Bopper" perished.  Don took on a second job publishing The Reminder with seven other partners.  The Reminder was located on Main St., Belmond, where Thompson Clothing Store was located.

In 1956, Don, Russ Dougherty, and George Keheler bought the Tomco print shop and formed a new company called Jobco, which at the time did mostly offset printing.

In the mid-1960's Don began to screen print bottles and glasses.  In order to fix the ink to glass, Don Bancroft, with the aid of Leslie F. "Skeez" Hartsoock, and Bud Packard, designed and constructed the first known electric lehr.  Don sold The Reminder segment of the business to Merle Been on 1965.  Two years later, in 1967, he sold the Jobco side of the business to Merle.  It then became known as Printing Services, Inc.

Don Bancroft was the first President of the Belmond Industrial Corporation (BIDCO), which was initiated around 1964.

Don had been married to Cora Lee White and their union was bless with a son, Randy, and two daughters Sheryl, and Sarah.  The couple later divorced.  He was companions with Linda Smith for a few years and then later shared a friendship, companionship, and life journey of 37 years with Sharon Smith, who preceded him in death in July of 2016.

Don semi-retired from PSI in August of 1998, where he continued to work part-time until retiring a couple years ago.  When Don was not at PSI, Don restored classic Crosley Cars, and volunteered at the Belmond Historical Society.

He was preceded in death by his parents, companion Sharon Smith, and sister Lois Sterling.

To send a flower arrangement to the family of Donald Edward Bancroft, please click here to visit our Sympathy Store.