Helping families plan the Celebration of a Lifetime...every day since 1907. 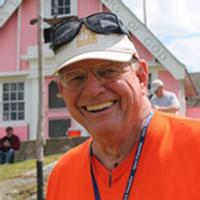 Allen Arnold Tinker died on Friday, January 20, 2017 at the age of 77 years, 36 days. Born in Jackson, TN on December 15, 1939, Allen was the second son (born a mere seven minutes after his twin, Warren) to Arnold Ray “Speedy” Tinker (Perryville, TN) and Jewel Velma Reed (Lexington, TN). His sister, Mary (Bryant), joined the family on leap year four years later. Infant sister, Jewel Mary, predeceased Allen before he was even born but who was never the less a constant member of the Tinker family. Married to Lucy Turner in 1963, son John (Christa Godston) and daughter Dori (Robert Stiles) arrived in 1969 and 1971, respectively. His legacy and DNA continue through his grandchildren, Anna and James (Tinker) and Julia and Kirsten (Stiles).

Attending West Jackson Elementary School, Allen remembered fondly all his teachers through the 6th grade, participating proudly in Boy Scouts and leading the crossing guard Safety Patrol. He recalled countless family reunions accompanied by 16 Tinker and more Reed first cousins the on the TN river in Perryville and at Parsons, TN. When asked the highlight of those years, he recalled receiving a full stalk of bananas from Santa Claus one Christmas and one red Schwinn bicycle that he rode through college.

In Junior High School, Allen’s interest in all things began to emerge. He secured his first amateur radio license (call sign WN4FSP) which, after the first year transitioned into a general license (W4FSP), he maintained through high school. However, during the rigors of college, Allen let his license lapse because he didn’t put in the number of hours required and claims to have refused to lie to the Federal Communications Commission in order to keep it active. His continued involvement in scouting earned him its highest honor, Eagle Scout, in 1954 at the age of 14. A most proud, notable and apparently surprising achievement was being the only one in his group to pass the Bird Study Merritt Badge on the first try. When not tracking the strangely named birds, Allen could be found frolicking at Scout Camp and various family farms around West Tennessee.

Involved in student government, scouting and the church basketball league, Allen was a 1957 graduate of Jackson High School. He matriculated with a Bachelor of Arts at Union University, also in Jackson, in 1961 with a major in English, membership in Alpha Tau Omega Fraternity and a love of the written word, particularly poetry, specifically Robert Frost. At Union University, many students and professors influenced his early understanding of how the universe works. A chance encounter with a trustee from the American Youth Foundation, in lieu of a weekly prayer meeting, introduced Allen to the shores of Lake Michigan and Camp Miniwanca where he expanded his world view, launching him into adulthood armed with a view of the stars, a clear sense of social justice and a hunger to see the world.

Soon after completing a Master of Arts in English Literature from the University of Tennessee, Knoxville in 1963, Allen and Lucy married on August 17th. With a brief honeymoon at Miniwanca, the couple arrived in New York City where Lucy taught school and Allen completed a Master of Divinity from Union Theological Seminary in 1966. Having fulfilled a lifelong dream of living in New York City born out of a favorite book from his childhood, Allen accepted a position as Associate Pastor at Christ Church, Summit, New Jersey.

Upon the retirement of his senior minister, mentor and friend, David Barnwell, in 1968, Allen spent the next 20 years as Senior Pastor of that diverse and embodied congregation. Alongside four talented and-much-smarter-than-he associate ministers, Allen shepherded his congregation through the Vietnam War, civil and women’s rights movements, four political administrations, countless baptisms, confirmations, weddings and funerals. His other contributions to the community included time on the Ciba Giegy Animal Care Committee, community advocate and leader of amateur astronomy expeditions to Mauritania, West Africa; Kenya, East Africa; Colombia, South America; Winnipeg and Manitoba, Canada. Allen introduced hundreds of Summit students and citizens to Comet Haley in 1986 and also led a group to see it in Chile, South America. He made 11 telescopes during his amateur career and was an avid eclipse chaser, photographer and golfer.

Starting in 1987, Allen embarked on new adventures that included time as Director of Development for Stevens Institute of Technology in Hoboken, NJ; a sales and marketing consultant for his brother at Tinker Equipment Company out of Jackson, TN; and as Ambassador at Mad River Canoe in Waitsfield, VT. Allen’s journey may have begun in the west Tennessee hills but he followed 11 generations of ancestry back to New England, where he spent the last 20 years “in retirement” ensconced in the beauty and majesty of Vermont’s Mad River Valley first on Prickly Mountain in Warren and most recently in Fayston with frequent views of Dunbar Hill, Mounts Ira and Ethan Allen and Burnt Rock. Allen re-activated his HAM license in 2000 after almost 40 years (even remembering the Morse Code) and spent countless hours behind the radio creating his own on-line community across the airwaves.

Since permanently settling in Vermont, Allen spent most mornings behind the wheel of a Washington County school bus transporting school children across space and time; not just from home to school but also from kindergarten through high school. He credits patience, acceptance and unconditional love of his “kids” for never writing up a single student for bad behavior. He believed stridently that if you treat a child like an adult, he or she would learn to act like one.

He had the most pride in this, his last “congregation.” Even when faced with his own mortality and at a time of such monumental loss for his community with the deaths of five tremendous and talented high school juniors, he sees hope in the students’ faces, warmth in their hearts and generosity in their spirits. His heart, along with the rest of the community was broken, but he knew that we would rise to meet each new day, some with sorry and others with joy, and live our lives knowing that life is so very fragile but that each of us is tough enough to weather even the worst storms when there is love to bind us.

Throughout his life, Allen made friends wherever he went and to his final days had an uncanny memory for every one of them. Since being diagnosed with atypical Chronic Myeloid Leukemia in early September, Allen had the opportunity to connect with so many friends he’s met along the way. He felt honored and humbled to have had the chance to reminisce on old times, to say thank you and goodbye. Cheerio and see you down the trail.

A celebration of life for Allen will be held at The Round Barn Farm, 1661 East Warren Road, Waitsfield, Vermont on Saturday, February 25, 2017 at 11:00 am with a reception to follow. For those who wish, memorial gifts in lieu of flowers would be appreciated to the Allen Tinker Scholarship Fund c/o HUHS, Harwood Union High School, 468 Vermont Route 100, South Duxbury, VT 05660, c/o Wendy Gilbert. Assisting the family is the Perkins-Parker Funeral Home in Waterbury VT. To send online condolences please visit www.perkinsparker.com or the funeral home Facebook page.