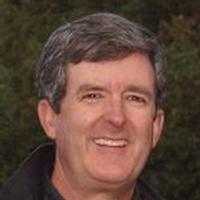 The City of Jackson mourns the loss of former city manager, Mike Daly. Michael Sean Daly, of Jackson, CA, passed away on Wednesday, October 25, 2017, at the age of 57. He was born in Westwood, CA on October 21, 1960 to Carol (Feldman) and Kirk Daly. He was the loving husband of Linda (Puerner) Daly and father to Meghan and Sarah Daly.

Mike received his Bachelor’s degree from San Jose State University and a Master’s of Public Administration from the University of Southern California. He dedicated himself to public service, starting his career at the City of Manhattan Beach before becoming the City Manager of Rio Dell, CA, followed in 1999 by his beloved job as City Manager of Jackson, CA, from which he retired in April of this year. Mike was a passionate sports fan, and throughout his life he followed the Dodgers and Rams. He will be celebrated as one of the founders of the Wild and Crazy (fantasy) Football League, as well as a founding member of the Gold Country Vintage Baseball League. Mike’s true passion in life, however, was his family. Whether it was coaching his girls through softball and tennis, chaperoning field trips, or attending every band concert and tennis match, Mike always put his family first. Mike was a shining example of integrity, character, and compassion.

Friends are invited to attend a mass of Christian burial at 11:00 A.M. on Saturday, November 4, 2017, at St. Katharine Drexel Parish in Martell, CA. He will be interred at Holy Cross Cemetery in Culver City, CA. Contributions in Mike’s name may be made to the Michael Daly Memorial Scholarship Fund at PO Box 1154, Jackson, CA, 95642. Donations can also be made online at www.amadorcommunityfoundation.org