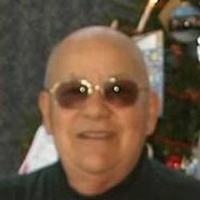 Daniel R. Valletta age 85 passed away peacefully on Thursday May 5, 2016 in the VITAS Unit at Saint Mary’s Hospital after a battle with cancer. He was the husband of Rose T. (DiSomma) Valletta.

Dan was born on the second floor of a house on Division St. in Waterbury on November 5, 1930. He was born blue, and put under the bottom of the oven, his parents believing he was stillborn. To everyone’s surprise, he began to cry, as the heat from the oven had revived him. He was educated at both Slocum School and Leavenworth High, where he quit in his senior year to join the Navy. While in the Navy he earned his GED, and continued in the reserves afterward.

When the Korean War broke out, Dan was drafted, due to his experience in the service. He was selected for ASA (Army Security Agency), the forerunner of what is INSCOM today. Dan was deployed behind enemy lines where his mission was to listen to and record enemy messages. It was during this time he intercepted a message which gave the location of an enemy outpost that was bombing the transport trucks delivering supplies to the G.I.’s. The Army eliminated the position, and Dan was awarded with a commendation, in which it was said he saved many U.S and ROK soldiers’ lives. Dan did not tell this story for many years, as he was sworn to secrecy. After many years, he compiled a book, replete with photos of his time in Korea.

After mustering out, Dan returned to civilian life, marrying the love of his life, Rose. He worked at various jobs, starting out at his brother in laws garage, the former Sandy’s Catering. He eventually settled down in the machine trade, becoming a toolmaker. He worked for Blake & Johnson, and then moved to Anchor Fasteners in 1963, where one of his first jobs was the conversion from brewery to factory. He retired from Anchor (ITW) in 1997, and went to work part time at Converse Woodworking with his son Dave.

Dan and his family lived for a while in Wolcott, and then moved back to Waterbury in 1963, buying a home in the East End where he lived until his sickness.Dan was interested in woodworking, clock repair, and there really was not much he could not repair. He was also a consummate meatball maker, as well as a good sauce maker. He enjoyed watching his grandsons and his favorite team the New York Yankees. Dan was a lover of music, especially the big bands like Glenn Miller, and passed his love of it along to his son and grandsons, who became learned of many types of music. He would have many discussions about it with his grandson Dave Jr. Dan also learned to play the trumpet late in life, and passed it off to his grandson, Nate. He always talked about his grandsons, and remembered how happy he was when his grandson Tristan lived with them when he was very young.

Besides his wife of 62 years, he is survived by, a daughter, Cynthia V. Baker of Cummins Ga., a son David R. Valletta Sr, and 3 grandsons, Tristan V. Baker and his wife Christina of Canandaigua NY, David R. Valletta Jr. and his fiancée Priyanka Prakash, and Nathanial Valletta, all of Rockledge Fl. He is also survived by his sisters, Vilma Santopietro, Maria Mikeltonas, and Diane Gule, along with several nieces & nephews. He is also survived by his sister in law Marie Mollica, and her two daughters Linda Wise and Barbara Troske.
The Valletta family would like to thank Jerry & Tammy Zollo, Linda Wise & Barbara Troske for all their help, as well as Janet & Joan Malvey for their countless hours of help during this trying time.

Arrangements: Calling hours Friday May 13, 2016 from 6 to 8 p.m. at Chase Parkway Memorial/The Albini Family Funeral Home, 430 Chase Parkway, Waterbury, CT. Burial will be at the convenience of the family.