On May 19, 1967, Maj. Roy A. Knight, Jr., USAF, was shot down while attacking a target on the Ho Chi Minh Trail in Laos. He was initially listed as Missing in Action until being declared Killed in Action in 1974. During that time, he was promoted to Colonel. Fifty-two years later, in February, 2019, Col. Knight’s remains were recovered and identified by personnel assigned to the Defense POW/MIA Accounting Agency. 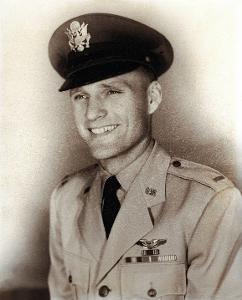 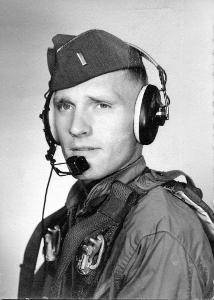 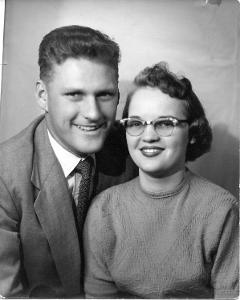 Roy Abner Knight, Jr., was born in Garner, TX on February 1, 1931, the sixth of seven sons and one daughter of Roy Abner Knight, Sr., and Martha Holder Knight. He graduated from Millsap High School in 1947 and enlisted in the United States Air Force days after his 17th birthday, following his five older brothers who all served in WWII. He served as a clerk typist in the Philippines, Japan and Korea before attending Officer Candidate School in 1953. After being commissioned a 2nd Lt., he married Patricia Henderson of Shawnee, OK whom he first met in the Philippines, where her father served. He then completed the Personnel Officer Course followed by three years at Itazuke AB in Japan and Taegu AB in South Korea during which time their son Roy, III was born. In 1957, he was accepted for pilot training at Laredo, TX where their daughter, Gayann, was born. He subsequently served in Germany and France as a fighter pilot, flying the F-86D. While stationed at Toul-Rosieres AB in France, their son, Bryan, was born.

In 1963, he and his family returned to Texas where he became an instructor pilot at Laughlin AFB, Del Rio, TX. In January 1966, he completed his bachelor’s degree through Operation Bootstrap at the University of Omaha. That year he received orders for Southeast Asia and reported to the 602nd Fighter Squadron (Commando) at Udorn Royal Thai Air Force Base in January 1967. He flew combat missions almost daily until being shot down May 19, 1967. He was posthumously awarded the Air Force Cross, Silver Star, Distinguished Flying Cross, Purple Heart and six Air Medals for his actions during this time.

Roy loved to hunt and fish, especially with his family. He also loved sports and was a pitcher for his squadron fast pitch softball teams. He restored a 1931 Model A Ford which he finished as he left for war. He was well-liked and respected by the men with whom he served, particularly the enlisted airmen with whom he had a special connection having been one of them for several years. He will always be remembered as a devoted and loving son, brother, husband, father and friend.

The love of Roy’s life, Patricia, passed away in 2008. His parents both passed away within three years of his shootdown, while the war still raged, never knowing his fate. He is survived by a sister, June Campbell (husband - Wayne) of Cool, TX and a brother, Dr. Bill Knight (wife - Shirlene) of Mineola, TX; his children, Roy Abner Knight, III (wife – Phyllis) of Valley Center, CA; Gayann Knight of Manchaca, TX, and Bryan Knight (wife - Charis) of Melbourne, FL; grandchildren – Shea, Ryan, Bryan and Jessica; and great grandchildren – Jack, Brianna, Abby and Edy.

Col. Roy A. Knight, Jr., will be coming home to Texas with a Dignified Arrival on August 8, 2019. He will be flown home by his son, Bryan, a Captain with Southwest Airlines, to Dallas Love Field, the same airport where 5-year-old Bryan said goodbye to his father when he left to go to war fifty-two years ago.

The Knight family will place any POW/MIA bracelets returned to the family within the casket prior to interment. Those wishing to return these bracelets, please bring them to the Visitation or mail them to arrive no later than Friday, August 9, 2019 to:

In lieu of flowers, the Knight family requests that donations be made in his name to the following organizations: