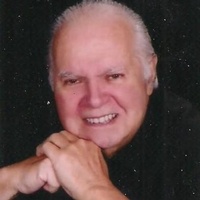 Died Saturday, January 27, 2018, at St. Joseph Mercy Hospital with his loving family at his side.  He was born July 27, 1930, in Chicago, Illinois, the son of Gust and Maria (Rentas) Tsilis.  On April 28, 1984, he married Margaret F. Bemis at St. John’s Catholic Church in Ypsilanti and she survives.  Tom retired from Zantop International Airlines where he was employed as an Airline Pilot for over 30 years.  He was the owner of The Golf Shop where he was a Master Clubmaker.  Tom received an Honorable Discharge from the U.S. Air Force where he served during the Korean War.  He was a member of St. Francis of Assisi Catholic Church in Ann Arbor; member of the Knights of Columbus #3230 and 4th Degree Cardinal O’Hara Assembly #489.  Surviving besides his wife Margaret include five children: Gust (Pattrujar) Tsilis, Bruce Tsilis, Tracy (Brian) O’Malley, Thais Hill and Clay (Julie) Tanis; 15 grandchildren and 7 great grandchildren; several nephews and nieces; Sister-in-law, Sue Bemis.  He was preceded in death by his parents; son, Mark N. Tsilis; two brothers, William and Christopher Tsilis.  Mass of Christian Burial will be celebrated on Friday, February 2, 2018, at 11:00 a.m. at St. Francis of Assisi Catholic Church, 2250 E. Stadium Blvd., Ann Arbor, MI 48108 with Fr. James Conlon as celebrant.  Cremation will follow.  There will be a Presentation of the American Flag immediately following Mass.  The family will receive friends at the funeral home on Thursday from 4:00-8:00 p.m. with a rosary being recited at 7:00 p.m., followed by K of C 4th Degree Chalice Presentation, and again receiving friends at the Church o Friday from 10:00 a.m. until time of Mass.  Memorial contributions can be made to St, Francis of Assisi Catholic Church's Witness to Hope.