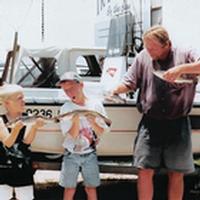 David was born June 1, 1960 in Austin, Texas, the son of Theodore Lorenz, Sr. and Evelyn (Merkord) Wilhelm. He was baptized in Taylor, Texas and confirmed his faith at Faith Lutheran Church in Austin. David graduated from McCallum High School in Austin, Texas. He worked for Hewlett Packard Enterprise as a Servicing Agent helping clients all over the world. David was exceptionally respected for his expertise and skills in solving computer problems.

David was a devoted father and was always ready to help his sons.

He is preceded in death by his brother Theodore Lorenz Wilhelm, Jr. and sister Mary Jean Wilhelm.