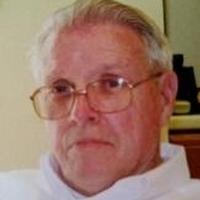 Robert Eugene Peay, Sr., age 82, went home to be with his Lord on Tuesday, April 4, 2017. Born in Washington, DC, he was the son of the late John Maxwell Peay and Muriel Padgett Peay. He is survived by his beloved wife of 19 years, Pam Peay, and children Cheryl Dawn Bennett and her husband Frank, Robert E. Peay, Jr. and his fiancée Barbara, John W. Peay, Cody M. Peay, and stepsons, Neal Hall, Patrick Dorsey.

Mr. Peay had served with the 101st Airborne as a Tank Commander in the US Army. He later worked 21 years as a police officer for Montgomery County, during which time he received his Associates Degree from the University of Maryland, and became the youngest detective employed by the county. He also was a volunteer Fireman for the Silver Springs Fire Department, a commercial printer, commercial pilot, and real estate broker. He was a member of St. John Neumann and a loving father to his children.

A Mass of Christian Burial will be held on Monday, April 10th at 2:00 PM at St John Neumann Catholic Church near Ocean Pines. Friends may call one hour prior to the service. Rev. Joseph Kennedy will officiate. Interment will follow in Garden of the Pines Cemetery. A donation in his memory may be sent to: Coastal Hospice, P.O. Box 1733, Salisbury, MD 21804 or charity of your choice. Letters of condolence may be sent via: www.burbagefuneralhome.com Arrangements are in the care of the Burbage Funeral Home in Berlin.