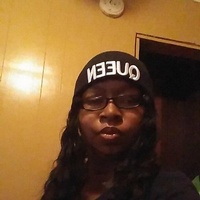 Ms. Jassmine Denise McBride was born on July 25, 1988 at Hurley Medical Center in Flint, MI. Jassmine D. McBride departed this life on February 12, 2019 at St. Mary Mercy Hospital in Livonia, MI were she was surrounded by her family and others whom loved her. She was well known for her loving, caring, faithfulness, inspiration, motivation, dancing, singing, strong minded and fight for the will to live. Jassmine had many accolade like dancing in the marching band, majorette, playing softball(briefly), volleyball. She also attended college and received a Associate Degree in Science alone with taking online courses even while dealing with her health conditions. She even received an completion Certification Nurses Aid which landed her job at Atlas Group Home facility until she took ill in August 2014. Jassmine was a big kid at heart, she loved watching the disney channels, going to the Monster Truck Show, movie theater, watching any type of dance shows. The one show she loved was "Martin" that's where she got her nickname by her cousins Ariel, Tashara and I think Brittney "Jenna". This young lady has touched the lives of many people when she took very ill since 2014. She has been on her death bed several times and each time God delivered her. Jassmine kept fighting and pressing her way even more but God wanted her more this last time. She is now covered in God arms. She will be truly missed and forever loved.

To send a flower arrangement or to plant trees in memory of Jassmine Denise McBride, please click here to visit our Sympathy Store.