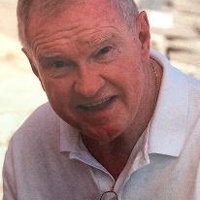 WILLIAM “BILL” JOSEPH STOWE, of Las Cruces, passed away on Monday, July 8, 2019 from complications related to Parkinson’s disease. Bill was 78.  Bill, was born on December 9, 1940, in Columbus, Ohio to Dr. William Aloysius Stowe and Catherine McCarthy Stowe. Growing up, Bill experienced a nomadic childhood, relocating schools and addresses often during travels with his family across various cities and states, among them, a chicken farm in New Mexico which he liked to joke ruined egg salad sandwiches forever.

A graduate of Chaminade High School in Dayton, Ohio, Bill was a proud Eagle Scout, and an alumnus of John Carroll University. After graduation from college, Bill sailed the Caribbean and Gulf of Mexico as part of a hired crew before joining the Peace Corps. From 1963-1965, Bill lived within and served rural communities in and around Bogotá, Colombia (Tubara). His children loved his stories of driving his (not-very-trusty) Jeep through the jungle, getting stuck in the mud (often), rescuing the actor Troy Donohue from a broken-down tour bus (nice guy), and of his silent but temporary roommate (a tree sloth). During this time his future wife, Jeanne, also relocated to Colombia where she taught English in local schools. During his assignment in Colombia and his travels through surrounding countries, Bill developed a deep respect and love for the diverse peoples, politics, languages and cultures of Latin America. Upon returning from Bogotá, Bill and Jeanne were married in Quebec City, and moved to Austin, where Bill pursued graduate studies in International Affairs at The University of Texas at Austin.

Throughout his professional career, Bill worked for a variety of international and domestic companies, offering opportunities for him and his family to travel and live throughout the Caribbean, Central and South American, Mexico, Europe, and a variety of cities and U.S. states. In 2008 Bill and Jeanne relocated to Las Cruces, and built a home in the historic Pioneer Park section of town. From 2011-2016, Bill volunteered and served on the Las Cruces Zoning and Planning Board.

Bill loved to play the guitar, was a gifted storyteller, was fluent in written and spoken Spanish, and had a beautiful singing voice. He could fix anything, and despite his emerging Parkinson’s symptoms, managed to build two detailed dollhouses for his grandchildren, a personalized message inscribed on the base of each, “There’s a big beautiful world waiting outside this dollhouse. Enjoy and share!”

In lieu of flowers, the family requests donations in Bill’s name to the Michael J. Fox Parkinson’s Research Foundation https://www.michaeljfox.org/donate

Cremation has been entrusted to the care of Baca’s Funeral Chapels of Las Cruces and Sunset Crematory, 300 E. Boutz Road, 527-2222. Your exclusive providers for “Veterans and Family Memorial Care”. For online condolences logon to www.bacasfuneralchapelslascruces.com