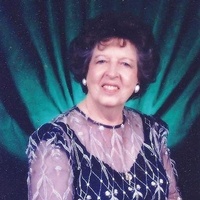 Esther Mae Crownover, 93, of McArthur, passed away Monday, January 21, 2019 at Riverside Methodist Hospital in Columbus.  She was born November 9, 1925 in Wilmington, Ohio, daughter of the late Robert and Myrtle Shaw Rutledge.  Esther was the widow of the late Leo L. Crownover.

In addition to her parents and husband, she was preceded in death by two grandsons.