Leo Edward Barron, 86, of Gales Ferry, Connecticut, a devoted husband and father who was known for his strong Catholic faith, love of country and sharp sense of humor, passed away peacefully on Thursday, Aug. 1, 2019, surrounded by his loving, grateful children.

He leaves behind five children, 19 grandchildren and one great-granddaughter.

Born the fourth of five children to William and Angela Barron in New York, N.Y., on Dec. 7, 1932, Leo attended the Good Shepherd School and Cardinal Hayes High School, before earning a bachelor’s degree in business from Manhattan College in 1958.

He served in the U.S. Army during the Korean War, from August 1952 to July 1954, and had a distinguished, 25-year career in the U.S. Navy Reserve, retiring as a Commander.

Leo joined the Naval Investigative Service (NIS) in 1960, beginning a successful career as a special agent. His career would take his family to Port Orchard, Washington; Mundelein, Illinois, and Marlton, New Jersey, during his 25-year career. They also lived in the U.S. territories of Puerto Rico and Guam, before they settled in Gales Ferry in 1981.

Retiring from NIS in 1985, he embarked on a successful 15-year career as a private investigator. In 2002, in response to the terrorist attacks of Sept. 11, 2001, Leo returned to work with NIS, traveling to London, England; Rota, Spain and Naples, Italy.

A very active parishioner of Our Lady of Lourdes Catholic Church in Gales Ferry since 1981, he served as a lector, Eucharistic minister and volunteered for Perpetual Adoration of the Blessed Sacrament.

In 2018, Leo established the Leo E. and Lorraine A. Barron Endowment within the Catholic Foundation in order to support the parish and its outreach.

“I have been so blessed to have been married to my best friend for over 50 years,’’ he said at the time. “Our marriage resulted in five great adults to give the world, who, in turn, married and are raising more soldiers for Christ.’’

Leo was a past Grand Knight and longtime active member of the Knights of Columbus and the Ledyard Lions Club. He also enjoyed serving on the Blue Mass Committee for the Diocese of Norwich, Connecticut.

An incurable sports fanatic, he could always be counted on for the latest news, trades and scores of his beloved New York Yankees and the New York Football Giants. A die-hard Yankees fan, Leo was known to verbally joust with anyone who didn’t share such allegiance. “You look too smart to be a Red Sox fan,” he’d say, lightheartedly, to many of his New England friends.

A season ticket holder for 50 years, he’d cheer on his New York Giants in any kind of weather, with Lorraine and other family and friends by his side at Giants Stadium.

He also loved to travel and visit his children and grandchildren, thinking nothing of hours-long drives or flights to support them at their school and sporting events.

During his retirement, he and Lorraine visited Ireland, and took cruises to Alaska and Nova Scotia. They also made dozens of trips to Lorraine’s favorite place, Walt Disney World.

In recent months, as his health waned and surged, Leo made no secret of the fact that he looked forward to eternal life. “I’m rounding third,’’ he’d say with gratitude for the joyfully full life he’d been blessed with. A man of deep faith, he’d note that he was not afraid to slide into home, head first.

Our Lady of Lourdes Church

Share your thoughts and memories with family and friends of Leo 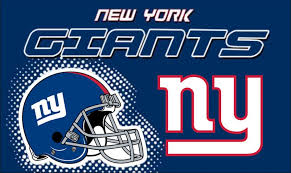