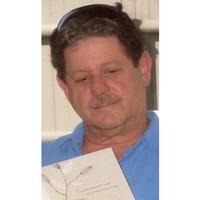 Seekonk – Michael J. Pierini, passed away suddenly on Tuesday, March 14, 2017 at the age of 63 at his home in Seekonk, MA. Mike leaves behind his wife, best friend, and soul mate Marilyn (Kind); his daughters Alicia Pierini and Tania Scholtes. He is also survived by his children gained through marriage and earned through love, Michael and Jason (Sarah) Caron, and Amy Caron-Frankel (David); and his eight grandchildren; and his siblings Brenda (Kenneth) Earnheart, Sandra (Robert) Gilbert, and Harold (Kay) and Ronald Pierini. He is predeceased by his mother Doris Mae (Jordan) and Robert Pierini; his brother George; and his in-laws George and Lydia Kind. Mike was born on September 17, 1953. After a brief stint at Tolman High School, he built a fruitful career as a National Sales Manager for VCI Displays, but never lost his sense of adventure. He once jumped out of an airplane on his lunch break. Mike gave lifetimes of joy, comfort, and security to many. He celebrated differences in people and lived without judgment. He was bigger than a husband, father, brother, and grandfather; he was a friend, mentor, confidant, and patriarch. He moved on from this life because he knew how to love it fully. Visitation will begin on Wednesday at 3 p.m. followed by Services at 6 p.m. at William W. Tripp Funeral Home, 1008 Newport Ave., Pawtucket, RI. Memorial donations may be made to support his daughter Alicia's medical fund as she undergoes cancer treatment at www.gofundme.com/alicia-pierinis-medical-fund.

To send a flower arrangement or to plant trees in memory of Michael J. Pierini, please click here to visit our Sympathy Store.