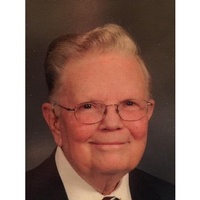 Rayford Lee “Ray” Lasseter went to be with the Lord on October 28, 2017, in Denton, Texas, and was surrounded by his family. He was retired from Chevron Corporation.

Burial will be at Greenwood Memorial Park, 3100 White Settlement Road at University Drive, Fort Worth, Texas, following the funeral service.

Rayford was born August 30, 1927, in Mexia, Texas. Upon graduating from Mexia High School, he attended Westminster College, Tehuacana, Texas, and graduated with honors. He received his BBA degree from Baylor University, Waco, Texas, where he received a Texas Teacher’s certificate.


He also served 20 years in the U.S. Army Reserve and retired a major. He was employed for 35 years with Chevron Corporation, where he was a Western Regional Manager of Lease Administration and an Oil and Gas Attorney. He was active in the Chevron Retirees Association, loved playing golf, and collected stamps. He and his first wife, Katherine, traveled extensively, vacationing throughout the United States, Canada, Europe and the Holy Land. He lived in Waco, Gainesville, Houston, Denver, Colorado, and Walnut Creek, California before retiring in Corinth, Texas, where he was Mayor Pro-Tem. Later he moved to Good Samaritan Village, where Ray served as chairperson of both the Scholarship Committee and the Resident Council. He took a great interest in scholarships and tried to make a positive difference by helping young people attain their education. Ray became interested in singing gospel music accompanied by his wife Jackie, and he studied vocal singing after retirement. Ray was a member of the Good Samaritan Village Choir. He was a member of the First United Methodist Church of Denton and the Searchers Sunday School Class. Rayford was also a 32nd Degree Scottish Rite Mason, Fort Worth, Texas. He received recognition from Masonic Lodge (Blue Lodge) and Scottish Rite for 50-year membership.

He was preceded in death by his parents Samuel Lee “Sam” Lasseter and Margaret Emily Wilder Lasseter, his sister Bobbie J. Hartman, and also by his loving wife Katherine Lasseter.

Ray, we will miss you and may your light continue to shine brightly.

The family wishes to thank the caring staff of Good Samaritan Village and VNA Hospice.