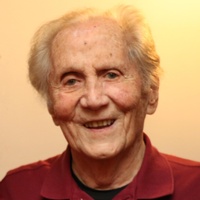 Silvester J. (“Sal”) Pomponi, 90, of Bedford died on May 15, 2019, after a long illness. After serving in the U.S. Army during the Korean War, he graduated from the Massachusetts Institute of Technology in 1957. Sal and his wife Alma married in 1960 and moved to Bedford in 1968, where he was active in many community organizations including Dollars for Scholars. Sal had a distinguished 60-year career as a command and control systems engineer with The MITRE Corporation (Bedford, MA) and as a consultant. He shared his love of hiking and rock climbing with his children and grandchildren. Sal enjoyed high-altitude mountaineering, summiting five of the Seven Summits and numerous volcanoes in South America.